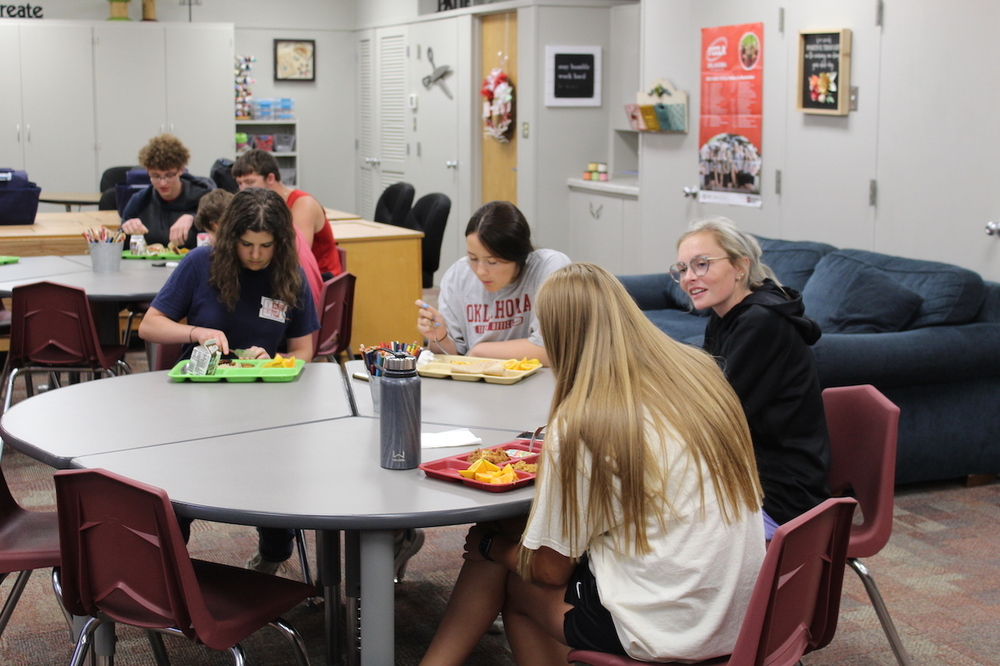 Skylar Anderson, FCCLA First Vice President, then reported on previous officer meetings urging students to serve on committees that benefit the organization.  She went on to explain the service project Citizens Caring for Children, and how the chapter plans to participate this year.

The officer team then moved to new business going over communication means and the point system used by the organization.  This year's dues of $25 were explained to cover state and national dues plus their organizational t-shirt.  FCCLA kicked off their first fundraiser of the year, Country Meats Meat Sticks, which will be sold for $1.

Lastly, it was explained that the annual Family Fun Night will be held on August 25th at 6:00pm at the softball field.  This year FFN will be ran by Jessica Juhl & Dalton Ebert, who are organizing set-up and up clean-up committees. Dinner as well as Scotty's Shaved Ice truck will be present at FFN and kickball team sign-ups are available immediately.

To adjourn, the FCCLA chapter recited the FCCLA Creed and called the meeting to a close.